Skip to content
TODAY'S SPECIAL - Extra 10% OFF + FREE Shipping,Code: 10OFF

Leather trucker jackets are the most favorite jacket style among men for more than two decades. All of our trucker jackets made from real leather and will provide you a luxurious feel all day long. Available in various colors wtih modern designs. 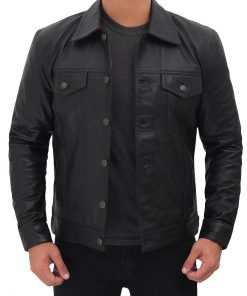 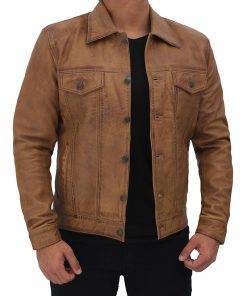 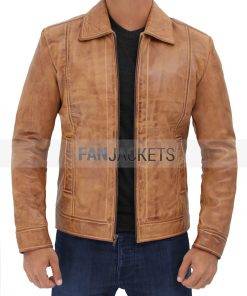 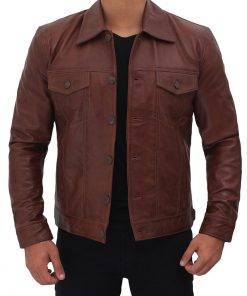 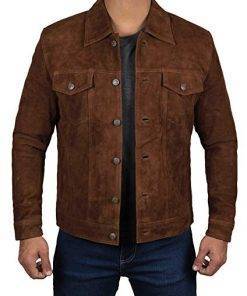 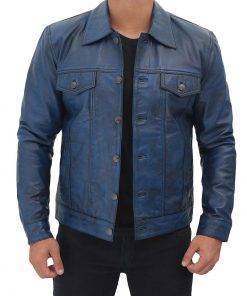 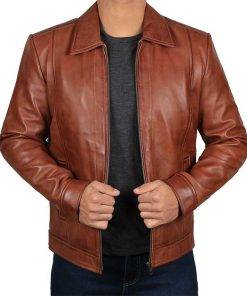 The trucker jacket was invented in the 1920s but it is still in fashion. It was the symbol of fashion and smartness that’s why it was so popular. It is mainly made from denim to use as a casual outfit year-round but to overcome the style and winter we have made the trucker leather jacket. It is adorned by people across the globe due to its versatility and cool appearance. The brown trucker jacket is usually worn with jeans and Tees in spring and autumn to overcome the fashion hassles. In this Leather trucker jacket mens category you will find various colors such as a dark brown, red, maroon, black, and distressed style jacket. Buy your favorite jacket now to stay up-to-date with the latest fashion.

What do you wear with a leather trucker jacket mens?

A leather trucker style jacket can be worn with jeans and tees for the casual and smart look.

Are leather trucker jackets in Style 2020?

It is always in style since the 1920’s, now available in various materials such as leather and in a variety of colors.

Should a trucker jacket be tight?

It is observed that a jacket that fits smoothly to the body is best for look and comfort both, so make sure your jacket should not be too tight by which you can’t do move your arms easily.

Should I get a light or dark brown trucker jacket?

Both are the best color for guys. For further satisfaction, you can go with your skin tone.

It depends on the material and how it is used. Normally denim truckers last 1-3 years while leather truckers can last upto 7-10 years.

How often should you wash the men’s trucker jacket?

Leather trucker jackets are warmer than denim jackets, so you can wear it at the beginning of the winter season.

They are provided with frontal flap pockets and shirt collar that make them attractive and fancy. Get it and chill!

Can I wear a trucker jacket with black jeans?

Black jeans are versatile and can easily be paired with any leather trucker jacket.